I recently watched an episode of ‘Parts Unknown’, filmed in Miami with the late Anthony Bourdain where he asks Iggy Pop to describe his perfect day. Pop spoke about not being on a schedule and the sun appearing as a “hazy tropical orange orb”. Looking back to my first evening in Brighton these words resonated profoundly (minus the tropical part) as I stretched back on the smooth stones of the famous beach, cold beer in hand, watching the orange sun make its slow, glorious retreat behind the charred ruins of the West Pier and beyond the horizon. There was a slight chill in the air as the lights of passing ships twinkled in the distance and the vapour trails of planes pierced the dimming blue sky. I briefly found absolute contentment on the pebble beach that night.

I don’t know why I thought Brighton would be like any other British seaside town. Maybe it’s because I live in Birmingham and seldom make the effort to go to the coast which is at least a two hour drive in any direction. I expected a pleasant seaside town with a smattering of stereotypes sprinkled generously on top; hippies and homosexuals intermingled with piers, sticks of rock and fish ‘n’ chips. 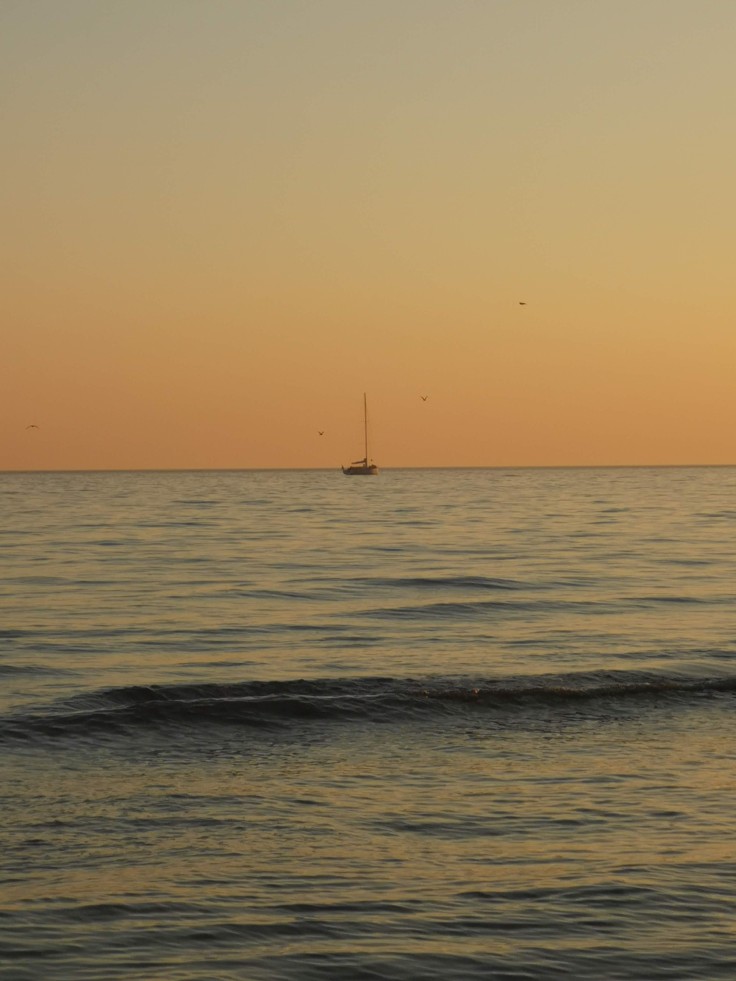 What I found was a joyous, liberal, independent nirvana where the best parts of the town appear to be free from any of the rampant commercialisation that one tends to find in any well-known tourist hotspots. The Laines are a colourful, vibrant mish-mash of quirky boutiques, hipster coffee houses, vintage clothes shops, pubs and everything else in-between. There are a variety of small restaurants serving cuisine from different corners of the globe with many of them offering veggie and vegan options. Meat is something I’m unlikely to ever give up but the falafel wrap I had from the Filfil Cafe on Gardner Street was superb and generously packed. I recall walking down Bond Street in the North Laines, still largely in thrall with everything that caught my eye, and being appalled at the sight of a Costa Coffee. If this makes me a snob then so be it. In many ways one can actually admire the hubris of brazenly putting a high street staple in the belly of such an independent scene and I suppose the philistines of Brighton have to be catered for if they do lose themselves in the Laines. 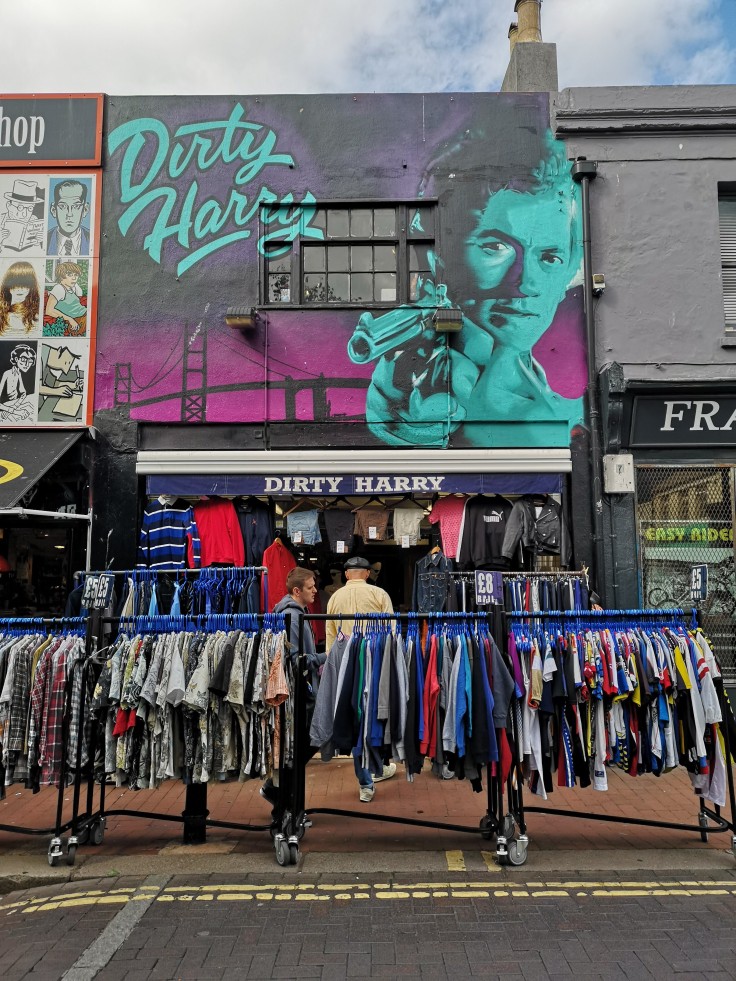 Brighton Beach of course has more of the seaside feel I was anticipating but the Palace Pier is on a much larger scale than I expected, stretching out perilously far into the English Channel with the silhouette of the fairground at its tip making for excellent photo opportunities in the right light. Pubs, chippies and ice cream shops are dotted along the mouth of the beach that also has room for a few arts and crafts stores. The charming Volk’s Electric Railway runs from nearby the Pier up along the seafront towards the hideous commercial black hole that is Brighton Marina. The VER has the distinction of being the oldest operating electrical railway in the world having opened in 1883 and is a lovely relic of the Victorian age back when a trip to the British seaside was the best many people could hope for in their otherwise dark and unfulfilling lives.

Interesting places tend to attract interesting characters and Brighton isn’t without its fair share. People there have the freedom to express themselves in ways that perhaps aren’t possible in some other towns and cities in the UK and this only adds to its vibrancy as a potpourri of genders, nationalities, races, faces and sexual orientations. Whilst there I had my hair cut by a curly haired Australian with a moustache who got irritated by people who asked what kind of moustache he sported. At a French bakery I was served a Croque Monsieur by an actual Frenchman. The fresh-faced guy behind the counter of a wonderful glazed doughnut shop claimed to have skateboarded with Nick Cave’s son.

The one black spot on Brighton Beach that I must mention is the British Airways i360, a breathtakingly repellent eyesore that is wholly out of sync with the rest of seafront. The i360 is a 162 metre high observation tower with a circular glass pod full of people that rises and falls like a cumbersome yo-yo throughout the day. I read that there was understandable opposition to its construction in 2016 but why worry about ruining a historic seafront when there’s money to be made? Still, there’s enough elegant Victorian and Georgian architecture here to more than make up for any lamentable recent additions. One of my favourite examples is the Madeira Lift, an ornate antiquity that links Marine Parade with Madeira Drive and is free for the public to use. Bizarrely it drops you down into a nightclub called Concorde 2. A band were going through their soundcheck when I entered the lift in the late afternoon. 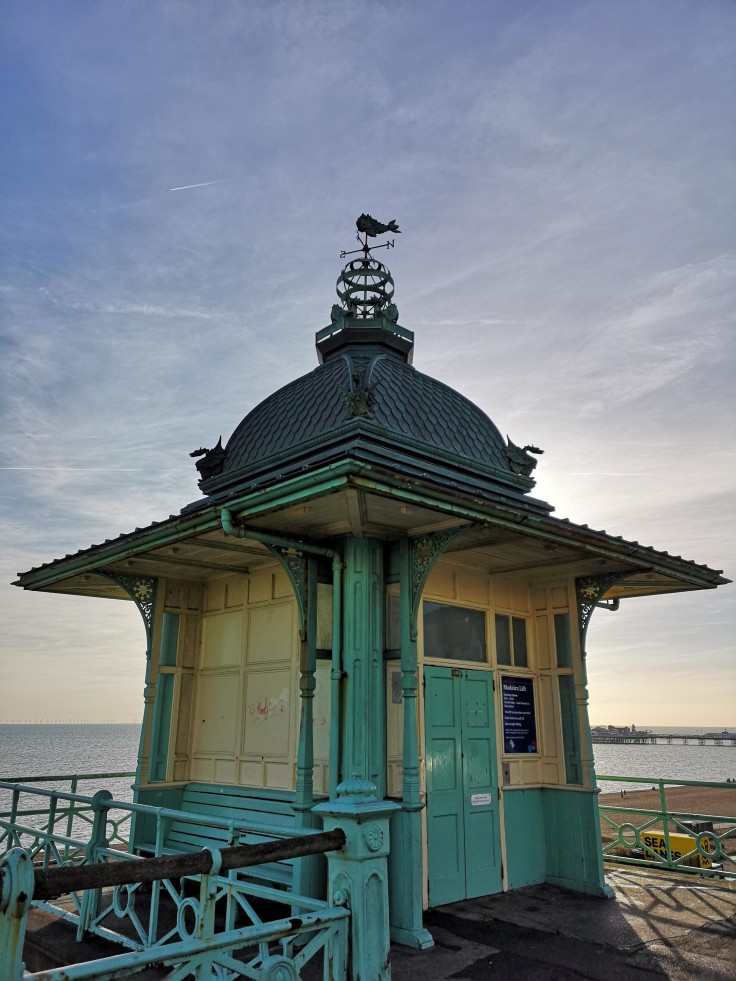 You might hear that Brighton is a costly place to spend time, much like a lot of the South East. Perhaps that may be the case if you live down there full time but as a visitor it isn’t much different to any other UK tourist destination. Most people can tell what sort of establishment will be expensive just by looking but if you’re curious about the the area you’re in and want to get to truly know a city, those usually aren’t the sort of places that you will get your answer.

Get to know Brighton by walking its streets, talking to its people and embracing the zeal for life there. Contentment will follow freely.

One thought on “Contentment in Brighton is Easily Found”